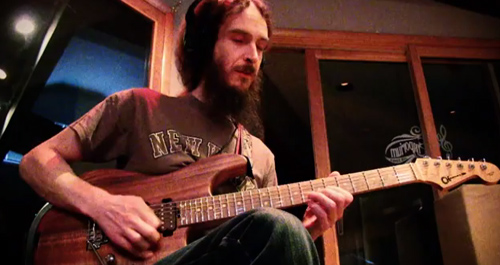 Guthrie Govan is featured in the November edition of Guitar World, where the genre-bending virtuoso talked about his band the Aristocrats and their sophomore studio album Culture Clash.

Govan also touched on his history with the guitar, why he picked it up and who has influenced him over the years.

“I had this wide-eyed fascination with all of music when I was three years old and learning to play my first Elvis Presley songs on guitar,” he told the magazine. “And something that I figured out a long time ago is that music is all around you. You don’t just have to learn guitar solos from your favorite records; you can learn jingles from the TV; you can learn the music that the ice cream man is playing. I’ve always tried to stay open to all the noises I hear around me.”

Read a portion of the feature here and pick up a copy of the Aristocrats’ new album and DVD here.

In addition, check out a preview of the live DVD Accept the Mystery: The Making of the Aristocrats’ Culture Clash below.