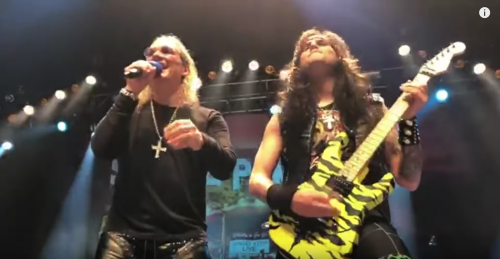 Known for constant antics and humor, Steel Panther’s Satchel also boasted about his impersonation skills during the final show of their European tour. With Greek guitar phenom Gus G. proving support, Satchel informed the crowd that he was about to pull off a wardrobe change and then do “an impersonation of Gus G. doing an impersonation of Randy Rhoads that is going to blow your f***ing minds.”

A few beats later and armed with his signature Charvel Pro-Mod DK, “Satchel” returned to the stage as “Gus G.” and gave a stellar performance of Ozzy Osbourne’s “Crazy Train,” which only makes sense given the virtuoso spent nearly a decade as Osbourne’s guitarist.

Check out the switcheroo below!