After releasing a self-titled EP last August, Adrenaline Mob has their debut full-length scheduled to drop on March 13.

Titled Omertá, the album will be released by the newly formed Elm City Music in conjunction with EMI Label Services. 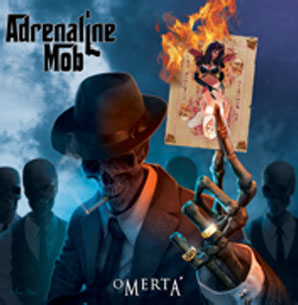 There is also a blistering interpretation of Duran Duran’s classic “Come Undone” that features guest vocals by Lzzy Hale of Halestorm.

The supergroup will be heading out on tour this spring in support of the album, but no dates have officially been announced.