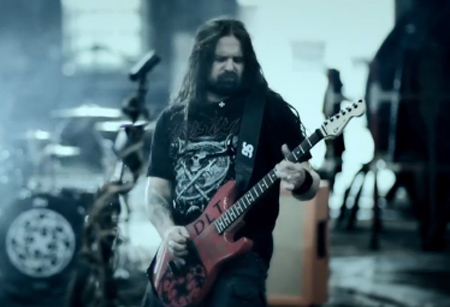 De La Tierra has been making waves on the metal scene with their self-titled debut album, which came out earlier this year, and they recently continues that momentum with a video for the track “San Asesino.”

The group – which features Andreas Kisser of Sepultura, Andres Gimenez of A.N.I.M.A.L., Sr. Flavio of Los Fabulosos Cadillacs and Alex González of Maná – is shown performing the song, in addition to a few other characters who make their way into the clip.

Check it all out after the jump.