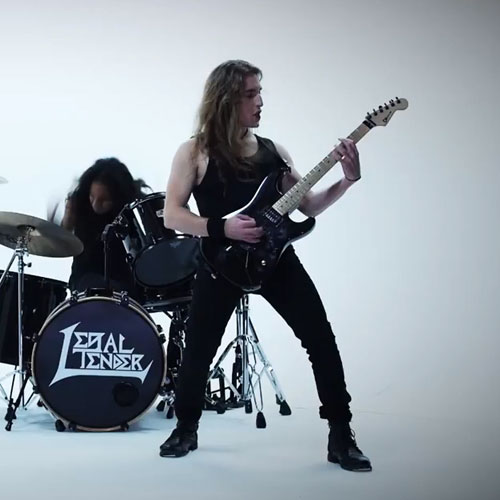 Since releasing their debut EP entitled Lust in Demons in 2013, Los Angeles-based metal band Legal Tender has been pretty active on their local Hollywood scene.

Fans able to attend the live shows have had the opportunity to catch a few new songs, one of which is the single “Swallow Your Soul.” Recently, Legal Tender dropped an official music video for the track, which features guitarist Frankie Lindia shredding on his Charvel So-Cal.

Check it out after the jump.