Falling in Reverse Debuts Video for ‘Just Like You’ 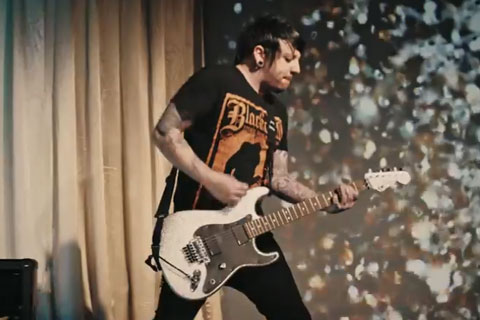 With their third album, Just Like You, dropping in February, Falling in Reverse recently released a hilarious new video for the record’s title track.

In “Just Like You,” the band skewers reality talent competitions like The Voice and American Idol, with frontman Ronnie Radke impersonating such personalities as Simon Cowell, Jessie J and Steven Tyler. A costumed Radke judges several hopefuls as they try to win the contest with their desperate performances.

Make sure to keep a close eye on those appearing in the clip, too, as it features cameos from comedian Andy Dick, the Word Alive’s Telle Smith and We Are Harlot’s Danny Worsnop.