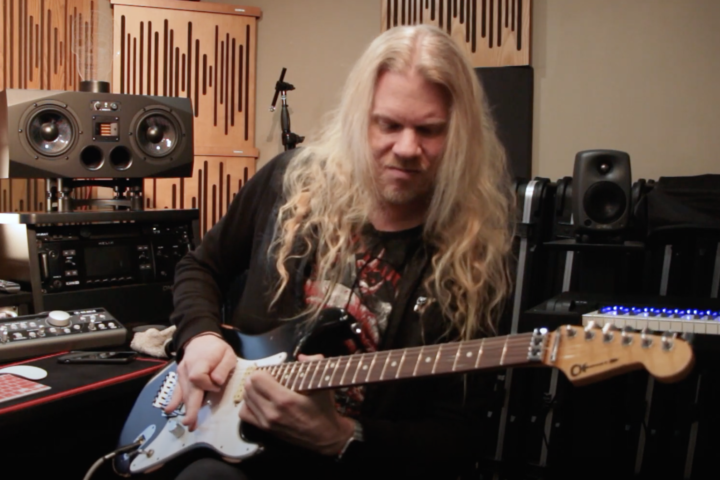 Loomis also guested on the track for the album recording, which features Marty Friedman as well.

According to Lost Symphony’s Benny Goodman, “‘The World is Over’ was a song we had floating around for a few years, but we thought it most fitting for what was going on. I have always been inspired by Jason Becker and Cacophony and had wanted to do an homage to him. What better way than to put two of my heroes, Marty Friedman and Jeff Loomis together? Even though the world may be ending soon, we still have Marty and Jeff.”

Watch the performance below, and follow Lost Symphony here for more music news and announcements.

Jeff Loomis, Kelly Kereliuk, Lost Symphony, The World is Over