A Deep Dive with Henrik Danhage 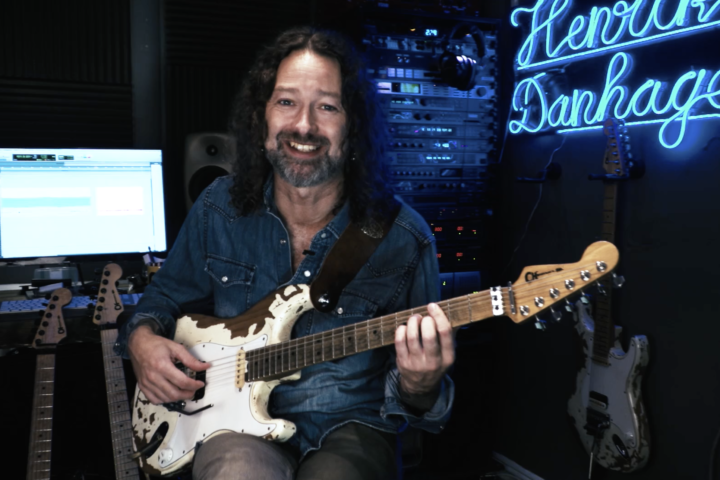 In a new deep-dive video discussion, Evergrey’s Henrik Danhage discusses his longtime affinity for Charvel guitars, which started in the mid-’80s thanks to a Charvel/Jackson ad.

“It started with Charvel for me back in ’86 or ’87 when I saw a Charvel and Jackson ad in Guitar World,” said Danhage. “I was a little kid then and all of the guys that were in there were some of my favorite players and they looked so cool with the big hair and all the custom guitars. It was just something I got so attracted to – it was the best ad I’ve seen in my whole life as a matter of fact. I was more attracted to Charvel and those kind of guitars – with a bolt-on neck, 22 frets, Charvel logo, a Floyd.”

Danhage, who began working with Charvel officially in 2010, is thrilled to now have his very own signature model with the all-new Charvel Limited Edition Signature Pro-Mod So-Cal Style 1.

“Ten years later I am sitting here with my own signature model,” he reflected.”That is pretty awesome if you think about it.”

In the interview, the Swedish heavy metal guitarist also gives a full rundown on the specs of his model and puts it through its paces.

Watch and enjoy the clip below …