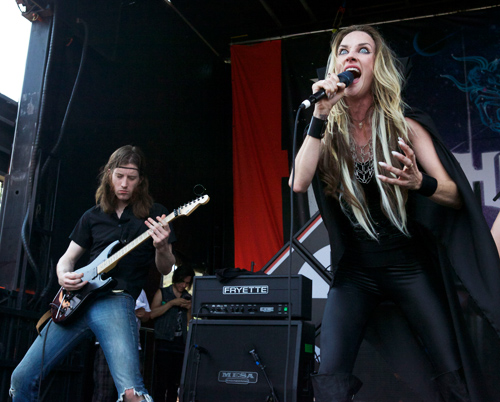 At the fest’s recent tour-opening event in San Bernadino, Calif., Huntress definitely earned their billing, unleashing a furious performance on an eager audience that held their horns high.

Meanwhile, it is impossible to take ones eyes off Huntress’ Jill Janus, whose stage presence is full of dark energy.  Donning a black cape on a day where temperatures reached the triple digits, Janus stalked back and forth, alternating between creeping ghoul and marching soldier.

Janus also has incredible range, as she is just as comfortable growling out an ominous line as she is releasing a scream that could wake the dead.

Huntress also played a few tracks from their 2012 debut Spell Eater, but the highlight of the show might have been a Starbound Beast tune that was cowritten by Lemmy Kilmister of Motorhead titled “I Want to F*ck You to Death.”

With a ballsy beat, room for several piercing solos and Janus’ throaty wails, the song featured Huntress doing what it does best – melting faces.

As Huntress left the stage, Janus had one last message for the crowd: “Remember, stay f*cking metal!” 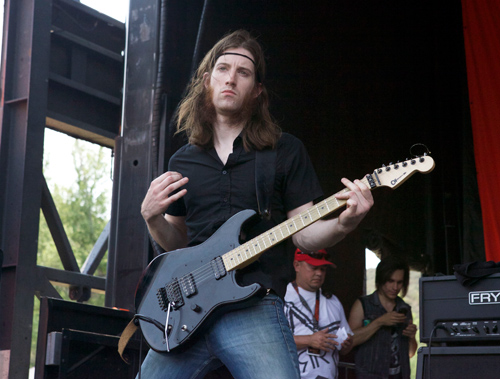 Crocamo shreds on his Charvel axe.