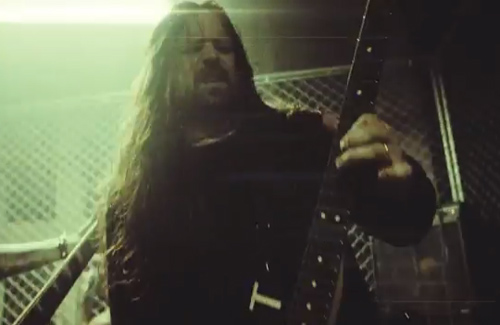 When Sepultura’s Andreas Kisser previously talked to Charvel.com about his new band De La Tierra, he said the music would be heavy.

In the clip for “Maldita Historia,” the band – which also consists of Andrés Giménez, former leader of A.N.I.M.A.L., Sr. Flavio, bassist of Los Fabulosos Cadillacs, and Alex González, drummer of Manà
– performs in a dingy basement with strobe lights and quick cuts adding to the insanity of the hard-hitting song.

Check out the video below and visit De La Tierra’s official website for more information.