Impellitteri Drops New Video for ‘We Own the Night’ 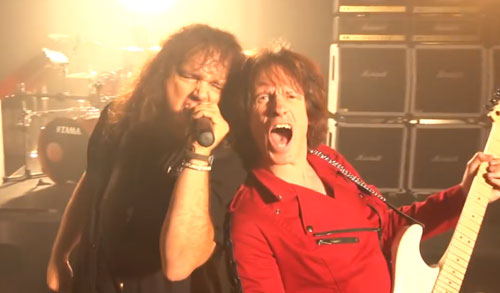 With a new album having come out on April 21 in North America called Venom, Impellitteri recently dropped a video for the track “We Own the Night.”

In it, guitar virtuoso Chris Impellitteri unleashes a blistering riff while singer Rob Rock’s vocals are as powerful as ever. Directed by John Logsdon, the clip was filmed at Mates rehearsal space in North Hollywood, Calif.

Get a taste of the new music in the video for “We Own the Night” after the jump.