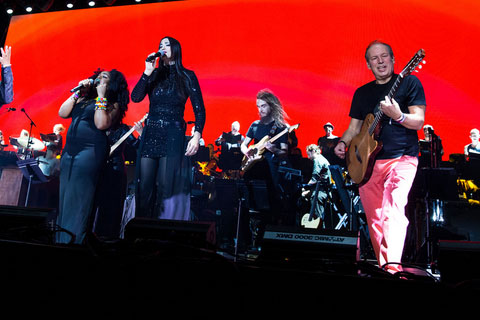 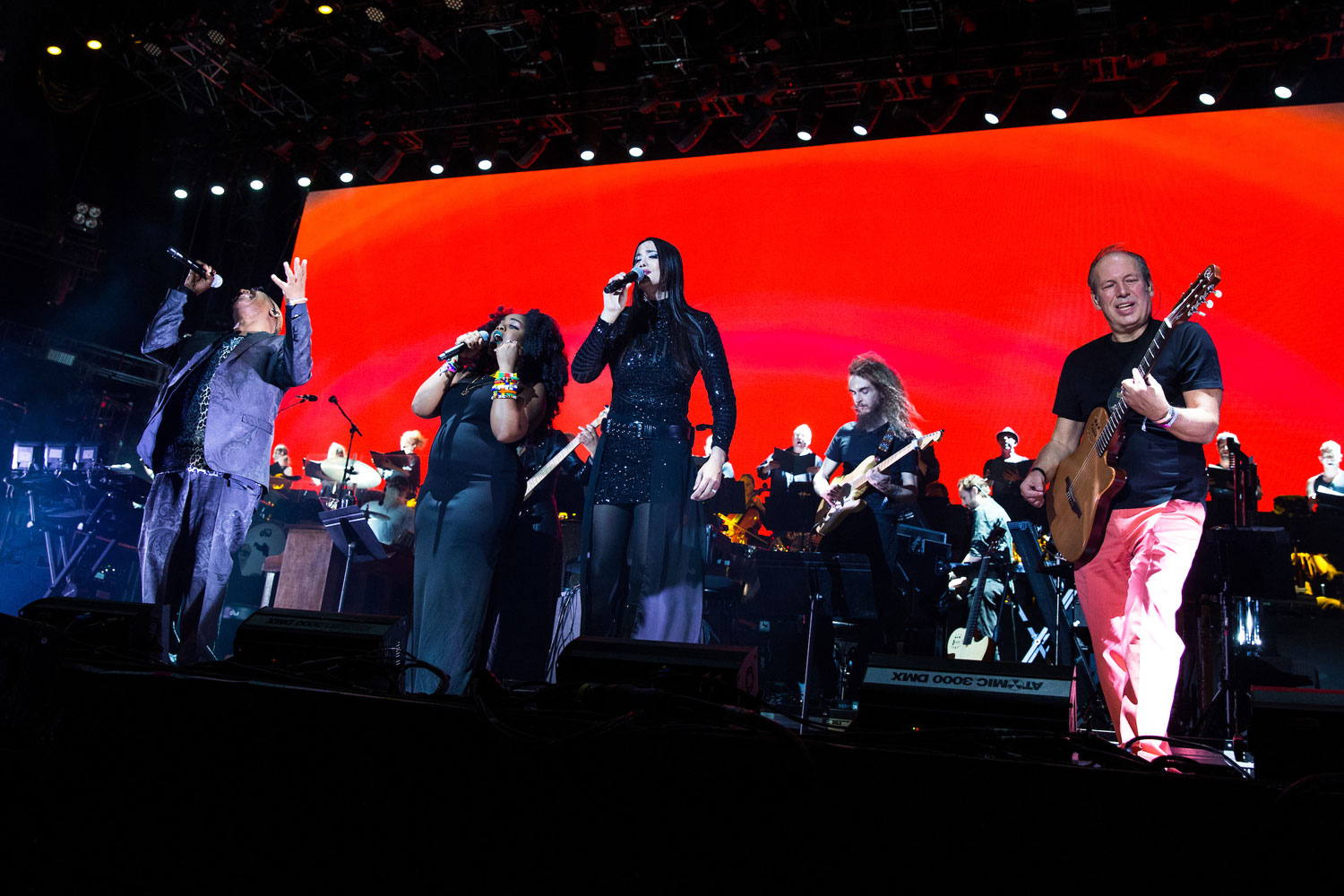 “The crazy German is back,” said famed film composer Hans Zimmer as he again took the outdoor stage Sunday night at Coachella. “Tonight is all about the these people behind me and you. These are amazing musicians.”

A 40-piece orchestra and choir playing and singing some of the most famous movie scores of all-time on the last night of the 3-day festival?

Sounds a bit left of center even for Coachella, and maybe too dizzying of a contrast from other acts on the bill. But, not so. Well done to festival promoter Golden Voice. Well done. It was an inventive choice, and one that offered a truly stunning and mesmerizing moment for the masses.

As cast member and guitarist Guthrie Govan told us before the set, “I like the subversive aspect of it. As Hans himself put it at the last show we did a week ago, it takes a special kind of crazy person to bring an orchestra out into the desert but someone had to do it. The crowd reaction was amazing. I think no one knew what quite to expect. Maybe they gathered out of respect, maybe out of sheer curiosity, but no one knew the type of show they were about to experience and you could feel the enthusiasm in the crowd growing so I think it was a successful experiment.”

The cinematic trip included scores from Inception, Pirates of the Caribbean, Interstellar, Gladiator, The Dark Knight trilogy and crowd-favorite, The Lion King.

A roar to rival that of Mufasa’s went up among the audience when South African composer Lebo M. returned to the Coachella stage to sing his parts from the Academy-award winning animated film.

Govan also enjoyed the spotlight during several songs, including a demonstration of his masterful and face-melting playing on his signature Charvel model during “One Day” from Pirates.

The addition of electric guitar and bass took many of the orchestral arrangements to a new, and if possible, even more grandiose level.  Johnny Marr’s son Nile, who Govan said “uncannily has the exact same timing as his father,” traded riffs with Zimmer during the Inception opus, which also included a lengthy drum breakdown.

“It’s going to get considerably darker,” Zimmer warned the audience in an ominous and deep voice before what sounded like an air raid horn and a hair-raising pounding bass line kicked in for the Dark Knight trilogy.

And while, yes, it did get darker, Zimmer’s masterpieces also fed a sea of festival souls with inspiration and a true sense of magic.

Experience some of the thrilling set with a few choice video clips courtesy of Coachella, and click here to get Hans Zimmer Live tour dates!