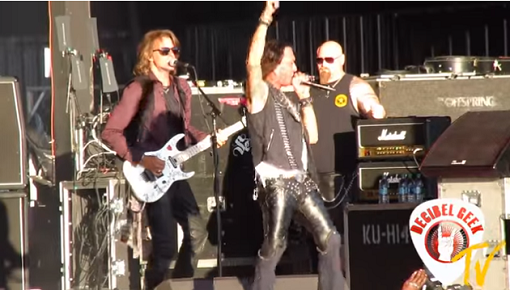 The original trio’s interview with station’s DJ Nivens included talk of their desire to head back to the studio to record a new album. While Croucier was reluctant to over-promise, lead singer Pearcy was more straightforward.

“I would love to get that done, actually. I would,” he said.

Earlier in the year, Pearcy told journalist Mitch Lafon about their plans to follow up last record Infestation.

While fans will have wait for a future new album, they can at least catch the band live this summer on the following dates. Also, check out some great footage captured by Decibel Geek TV below of RATT’s recent performance at the Rocklahoma Festival in Pryor, Okla.