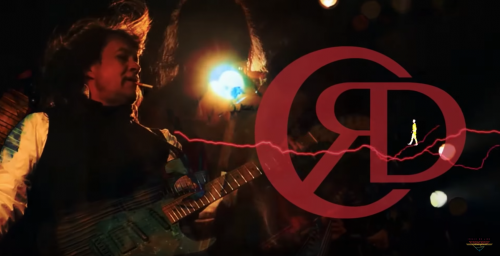 In the new clip, guitarist Jake E. Lee looks every bit the rock star on a Charvel guitar built by Master Builder Chip Ellis, who sandblasted and stained the custom axe in a patina finish inspired by the album’s title, and then added copper-plated hardware.

As Lee digs into the bluesy song with the rest of his bandmates, images of notorious political figures flash on the screen.

Patina, the band’s sophomore album, was recorded at drummer Anthony Esposito’s studio in Dillsburg, Pa., and will be released Nov. 9.  In the meantime, whet your appetite with the full lyric video below.